Where to for the residential construction sector in 2021?

Home.Press releases.Where to for the residential construction sector in 2021?
Previous Next

Where to for the residential construction sector in 2021? 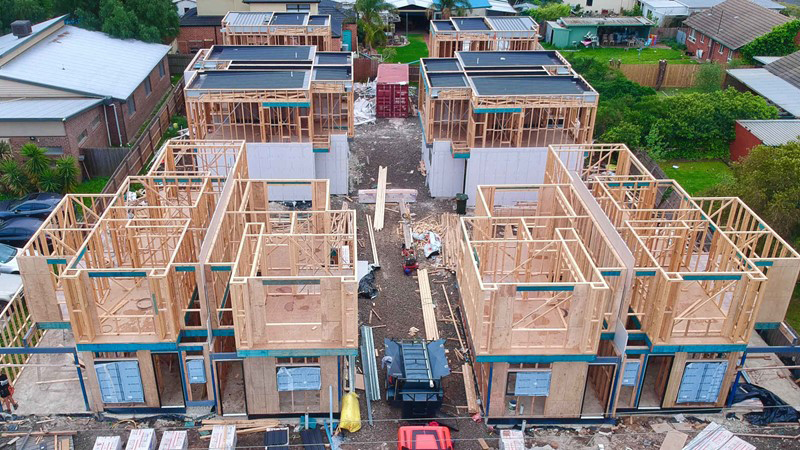 With Australians signing up for the Federal Government HomeBuilder program in droves, approvals for new dwellings and the subsequent lending to building them have skyrocketed – creating a residential construction boom. However, cracks are beginning to emerge on the back of timber shortages and the rising cost of building materials.

The HomeBuilder program did what it was designed to do

In June 2020, during the height of the Covid-19 pandemic, the Federal Government introduced the HomeBuilder program. It was designed to stimulate the residential construction sector and create jobs as the country recovered from the pandemic.

The government offered a $25,000 grant for any new residential build or substantial renovation – providing construction commenced within three months, and the home value was less than $750,000. Given the time constraint, new dwelling approvals immediately skyrocketed.

The program was extended in November 2020 but with a reduced grant of $15,000. However, the value of eligible homes increased to $950,000 in NSW, $850,000 in Vic and remained at $750,000 for all other states. To offset the spike in demand, the government gave builders six months to commence construction. HomeBuilder has undoubtedly been successful in stimulating the residential construction sector. Never ones to knock back a free lunch, Australians have signed up in their droves. The most recent figures from the Australian Bureau of Statistics (ABS) showed:

Over the long term, we can see that the number of new dwellings commenced has followed a similar trend to new dwellings approved. And since the announcement of HomeBuilder, it appears as though this trend is continuing. The most up to date figures from the ABS showed 33,761 commencements in the three months to December 2020, which was 35% higher than the same time last year and 22% above the long term average.

So the question needs to be asked, will the number of new dwellings commenced in 2021 keep pace with what has been a dramatic spike in new dwelling approvals?

Material shortages could bring it all undone…

At WBP Group, we’re beginning to see anecdotal evidence that suggests significant cracks are forming in the construction sector.

Material shortages are now commonplace – for timber in particular. The cost of timber has risen, and lead times for deliveries have blown out as suppliers struggle to keep up with demand. But it’s not just timber. Most of the essential building materials used to construct a new dwelling are experiencing similar issues.

ABC News reported in May 2021 that one builder in Tasmania who usually only had to wait a week for structural timber was now having to wait three months. Another builder said he was waiting up to 10 weeks longer for laminated timber beams, trench mesh and steel.

The cause of these material shortages appears to be the result of a confluence of events:

Speaking to ABC News in April, Cameron MacDonald, executive general manager of OneFortyOne, the largest integrated forestry company in South Australia, had this to say –

“We’re seeing a worldwide phenomenon where government stimulus has seen a lot of new home building activity, as well as do-it-yourself projects, and the timber prices in the US have doubled.”

There is real cause for concern

Can house prices keep up with increasing construction costs?

The Australian housing market has experienced significant growth since the height of the pandemic. But the big question is – can house values continue to rise to accommodate the increase in build costs? Or will homeowners be faced with the prospect of owning a home that they have over-capitalised?

The next round of ABS statistics (due in July 2021) will reveal what’s happened in the first quarter of 2021. While we expect the rate of new dwellings commencement to have increased, it will be interesting to see if it has kept pace with approvals.

The Morrison government announced the closure of the HomeBuilder program on the 14th April 2021. And to ease pressure on the sector, the date required to commence construction was extended from six months to 18 months.

But right now, the question remains – Is the construction boom just getting started, or is the residential housing sector going to buckle under the strain?